Hello, Acting Fans, and welcome to this Not-On-A-Friday Friday Blog post coming to you late only partially because Vern is rubbish at remembering to remind me now that we are splitting the blog duties when I forget but mainly because we have had a SNAFU on the technology front.

It started out so promisingly too, a lot of the props we need for our upcoming next bit of filming were mostly a matter of gathering things together we already had. We did however need certain images creating and printing out. Now I collated these images earlier in the week and on Friday I thought I'd take the time on my morning off to get the printed out. Unfortunately the Printer's Devil struck and nether of the printers in the house could manage it. Bugger. We needed them sooner rather than late. And Vern doesn't have a printer that's good enough for photos, or work at all as it turns out.

So it was that an initially simple task became more difficult and led to me trawling round various Halifax Printshops to see if they'd print off photo quality images for me, after a lot of traipsing about and a lot more of just being fed up with this I ended up getting the assistance Totally Locally from Halifax's resident Photoshop, Janet Green's. All this palaver plus some ancillary stuff I needed to sort for myself meant the blog completely left my mind, sorry, Acting Fans, so here it is belatedly - better late than never. And so are our prints, thankfully. 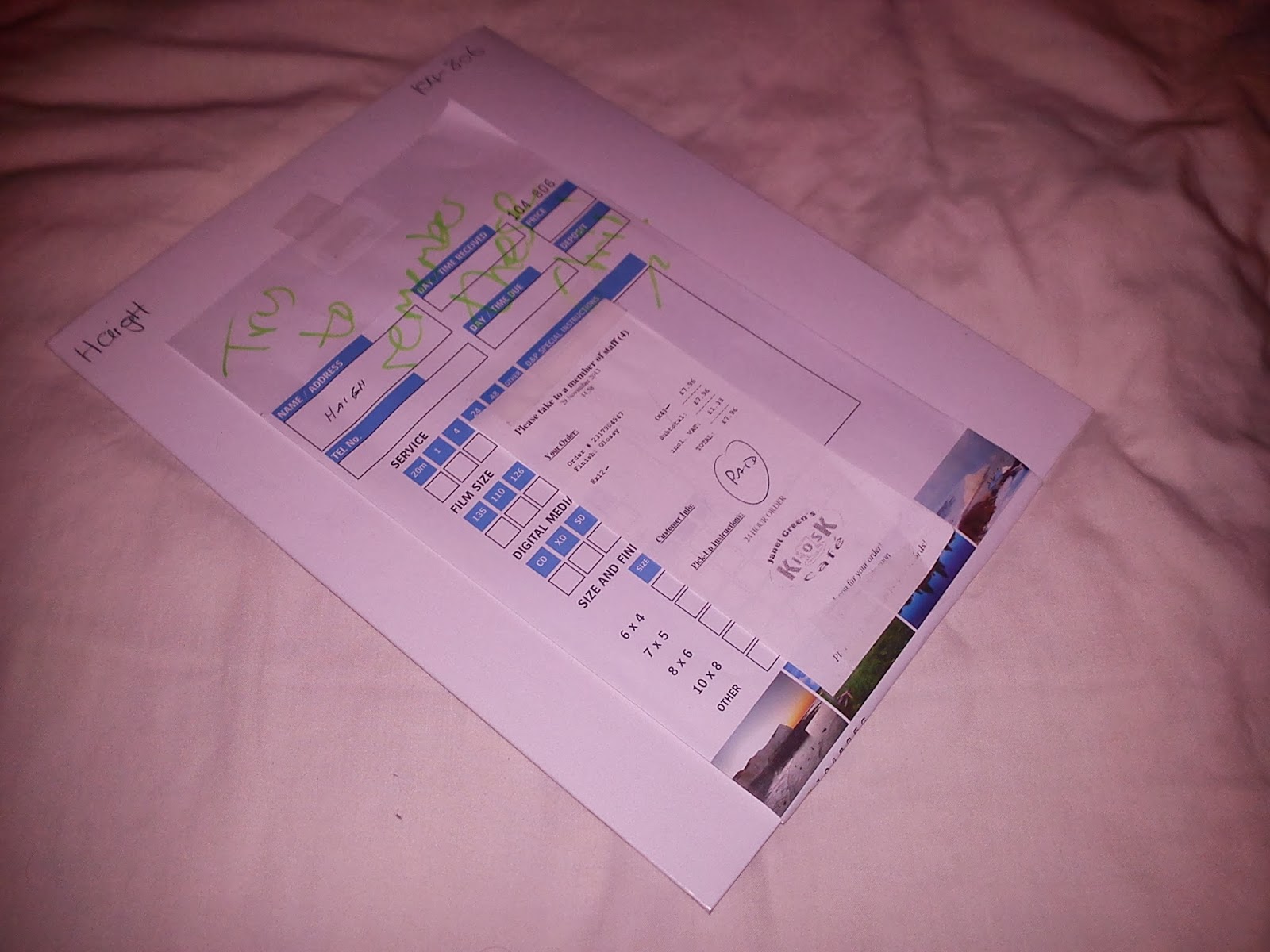 Yes our Prints has come. Now we are faced with another conundrum, we have so far been unable to source a certain set of props and might have to think of some sort of low-budget replacement which is going to entails me staring at a Thesaurus (well, the contents of one) to try find a solution. That's all for Last week, Internet Chums, see you on the other side of the weekend!