Welcome back, fellow bloggers, and hello - lets get right down to it today. It has been a busy week at the H&H production office as on Monday we did a rough cut (very rough) of the 2nd episode and, oh boy, did it take us a while (Note to self: Shooting an episode in such long single takes is not the best idea, try get a second camera next time) it was quite hard matching it up continuity wise but in the end we did it!
And as you may know from Wednesdays blog we finished off shooting the second episode by doing the few additional shots and pick-ups we needed as well as filming the final lines. We will be going into the editing room (A.K.A. Chris’s bedroom) next week to get this episode all done and dusted.
So that what of today, what are we doing now? Well today is once again a meet up to plan the shooting of the first episode. This is going to involve a line readthrough, planning out shots, making sure to note down all the props we are going to use and where they are going to go in the episode.

As a last note I have been looking over the rushes for the main body of the episode to see, which are indeed the better takes as the rough cut of the episode does still need some work. Well ,that’s it bloggers, now you're up to speed as what's happened and what is going to happen.

Until the next time that we talk (and read) together, as always, keep them home fires burning

Posted by HARCOURT & HAIGH at 3:01 PM No comments:

No Walls Were Harmed During The Filming Of This Episode

Hello, Acting Fans and Blogonauts, welcome back to the H&H Production blog for today's latest update.

I'm happy to report that, after today's shoot at the flat, episode 2 is a wrap! This time we remembered the additional Props that were missing last week, and Vern had a last minute brainstorm about the establishment of a prop we had planned to have in the series all along but entirely missed in the pilot! Phew! Nice catch, H.
Part of today's shoot was an expansion on initial plans that were conceived during last weeks shooting that added a bit of business for one of our main characters, which in itself led to a little more expansion including a bit of a running gag we're trying to set up (not to get too specific the one of the series promos is the first hint of it).
We also got a rather abject lesson in why going digital with our new camera was a good idea, when we were reviewing today's rushes we found a couple of sequences when inopportune reflections and a glaring continuity error made the shots useless but we were able to go back and re-shoot them the same day. No re-setting - Bonus!
That'll be it for shooting this week but Vern and I will be meeting up on Friday to plan out and storyboard the filming of the first episode, in the meantime I've got to get on with a major prop for it, so...

Posted by HARCOURT & HAIGH at 5:37 PM No comments:

Hello, Acting Fans and, once again, welcome back to the blog, it doesn’t seem two minutes since the last time we talked (Only last Wednesday, where is this Summer going?).

What has been happening since then, well, erm, hmm, as Chris mentioned on Wednesday actually not a great deal. I have just been getting things ready for the shoot next week like confirming the dates (and the availability of the flat with my flatmates), printing out the scripts for upcoming episodes ready to start read-throughs and making sure that everything is ticking along nicely. Just all of the small things that need to get done and sometime get over looked. This week I have pretty much been: 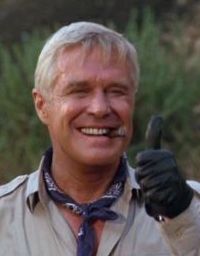 And this week has pretty much been this:


But without all the welding and heavy tools (we leave the really Heavy Tool jobs to Chris's little sister). That's about it really, I know it's not too exciting but all this planning has to be done in order for everything to run smoothly (or as smoothly as it can with me and Chris in charge). I do love it when a Plan comes together.

So, Yeah, until next time as usual: home fires, keep 'em, burning, etc. 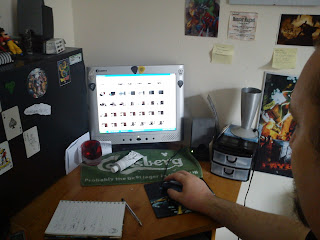 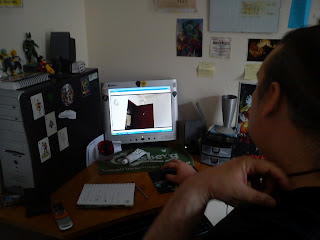 Posted by HARCOURT & HAIGH at 3:24 PM No comments:

In The Can (Well, Almost)

As you well know we have been filming what is currently pecilled in as the second webisode of the series proper (episode order may change at our whims) and I can now report all the main parts of it are done. That’s the main talkie bit, a more physical comedy sequence and few other things that were needed. All that is left to do now are just two shots and this one is in the can! 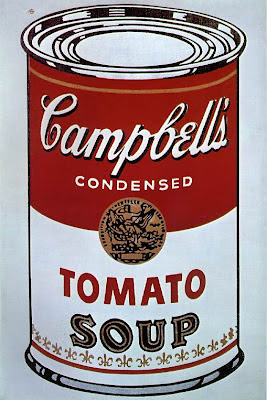 So what’s next? I'll be going over and reviewing the rushes to see which shots are the best to use (Trust me, there’s quiet a bit to go through with the Lumix (my precioussss!) boosting our shooting capabilities) and then it’s on to planning, sequencing and filming the next webisode which will hopefully be the first one. (Yep, we are doing them out of sequence. We like to mix it up. Also Chris needs to get his skates on and build a prop for episode one!)

Well then, Acting Fans, I’d best back to it so, until the next time we meet and chat, as always keep the home fires burning!

Welcome back, Acting Fans, and a fine Wednesday to you all! 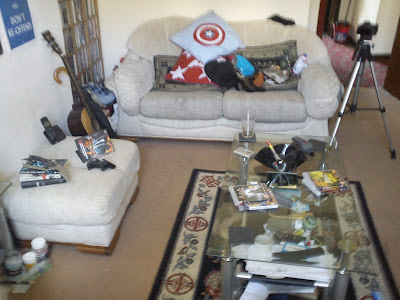 The good news is that H&H HQ is so far unaffected by the torrential rain here Oop North, thanks to our respective elevation - though our thoughts go out to those less fortunate. We're still on with the production of the next episode, runnin' up that hill (or in our case around that flat like a pair of goons). Despite a lot of said running around, a number of thrown objects and some half-assed stagefighting we are happy that we can announce: 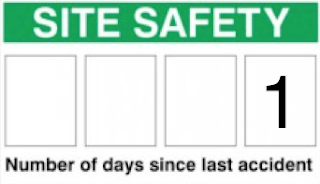 Yes, on today's shoot neither Vern nor I have managed to injure ourselves and all in all the takes are going pretty smoothly. We do need to tighten up on the organisation front, as we forgot a couple of minor details, but we were able to film around our deficiencies and will be picking up the shots that required said missing items next time. 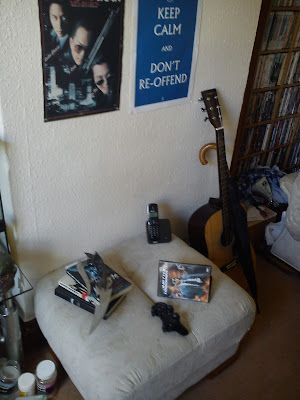 The end of the today's shoot leaves us with a good chunk of the episode filmed now with only minor pick ups and a possible optional additional external scene to go. Fingers crossed, after the next shoot, we'll have a first completed episode of the series proper in the can. Then we only have to go and film the rest of them, eep!

Posted by HARCOURT & HAIGH at 4:44 PM No comments:

From Rushes, With Love

Hello, Acting Fans, it’s Friday and we're back, so let’s do this!
Soooo what have we been up to since we last wrote and talked and filmed? 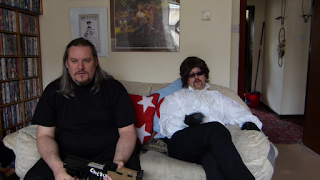 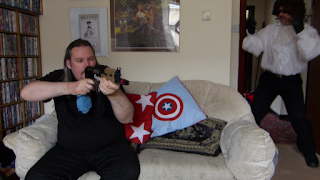 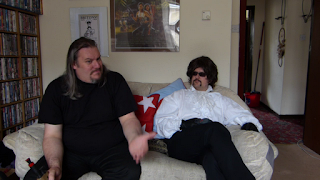 Well, let me tell you and you will find out. I have been sitting through the dailys, or rushes if you like, looking to see which of the takes so far are the best to use (Note to self: I really need to re-name them after I put them on my P.C. - I'm going number blind) and I can safely say that it is looking very good indeed. And funny, yes, even the outtake of me whacking myself in the face with the gun.
I've been doing something else too, I have been practising with the camera using some techniques that I found online to simulate tracking and dolly shots as some of these shot styles might be useful in future episodes. So I need to get up to speed on these and get them right, hmm, then teach someone else too. Oh boy, I don’t think I have thought this through. Damn it! Oh well, back to it I guess.

As always stay classy and keep the home fires burning and we'll see you next time.

Posted by HARCOURT & HAIGH at 3:30 PM No comments:

The Pilot has landed.

Hello, Acting Fans, welcome back! I hope you all enjoyed the first outing of the antics and hijinks of Harcourt and Haigh. So, what we been doing since it went live? Well, other than doing mass posting, promotion and pimping of the Pilot episode, we have found time and the opportunity to start the next shoot. This very day actually! 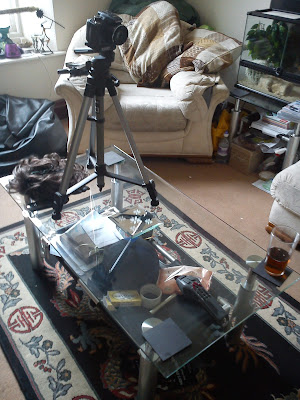 Yes, Acting Fans, you have read that right the series shooting has now kicked off and we are in full swing of the filming of the next scenes. All that rehearsal and planning has come to head and is working out great (who woulda thunk it?) while we have been busy filming away most of the day, right up until the camera run out of juice (Note to self: Next H&H Productions Purchase is a spare battery or two). We did work the camera hard and got a lot of the body of the scene done.
We also unfortunately have our first on set injury today. It was me. You see, I managed to accidentally cut my nose during one take. Yes, cut my nose. With a gun. And I do hope you all appreciate what kind of skill that takes. But, yeah, I pushed through the pain, it was only a little cut but, man, it was like a papercut and you know how those sting! And on my nose! Still I manfully carried on and all for you, Acting Fans.

So that’s it for today, now on to mapping out the rest of shooting (we are indeed living the life, high diddledy dee). As always keep the homefires burning and if were not back by next Friday leave a message and we’ll get back to you, to you, to yooooooooouuuuuuuu!

Posted by HARCOURT & HAIGH at 5:33 PM No comments: