How Does Hat Beat Pint?!

Welcome back, Acting Fans to yet another blog post after a very sunshiny day. Well do I have some news to report, me and Chris did indeed get met up this week. Last night in fact, yep, Tuesday - glad somebody's keeping track.

And wholly in character, and for the sake of the Art you understand (well, that and to give my flatmates a break from our conspiratorial cackles coming from the H&H production office as we type up our latest masterpiece) like the drunkard actors that we are it was in a pub (well, a few actually)! Where we have now conceived of an opening for the summer special and we are, Gods willing, going to be filming that on this coming Friday too! Yep, we are once again getting back into filming. We also had a good plan to set in motion another project or two involving something that might just be popping up sometime soon BUT IT IS A SECRET! So, shush. Quiet now.

We even managed to puts some plans in place a character to appear in the 2nd series, yes folks, we are now even starting to put plans in place for a 2nd series so stay tuned for more on that one (and yes, yes we haven't forgotten episode 6 either.

That isn't all that happened, oh no, while we were talking at one of our various open air production offices (yes, yes, okay - pub beer gardens) that evening, Chris took his hat off and put it on the table, where my pint was when suddenly a gust of wind caught his hat. Chris managed to snag his hat but at the cost of my pint, mostly over me. He swears he has no idea how it happened as he didn't feel any contact with the glass, just the brim of his hat. So somehow a hat, light enough to be blown by a gust of wind, knocked over a nearly full pint glass. I can only assume Chris has an Evil hat and I will be keeping my eye on it from now on. 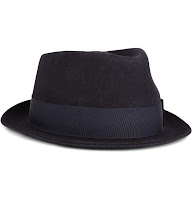 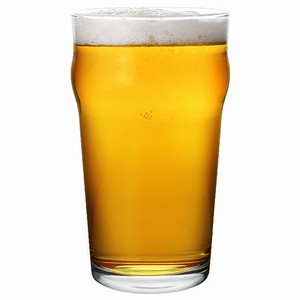 Never mind, though, as Chris coughed up for a replacement and while I'm working away in a hot call centre today he's going to approach the manager of the location we need to hopefully be able to get on doing it on Friday. He'll be popping in to see the manager before he goes to see 'Miss Nightingale - The Burlesque Musical'. Going into work on his week off, what's he like, eh? As Chris is indulging his theatrical side (and he does the final edit and posting) this entry might get posted a tad late but hopefully it'll still be Wednesday - I have to admit, I hold my hands up! I totally forgot about Blog - but I did have a lot on my mind AND I'd had my pint thrown at me! Anyway, things crossed for Friday, Folks.

Well that is about all what I can tell you today, so have fun in, on or under whatever and wherever you do out there!

Posted by Vernon Harcourt at 11:20 PM