Fear Not The Man Who Practices 1000 Techniques Once...

Helloooo to our Acting Fans and fellow bloggers, yep, it’s the weekend so that means another blog post - let’s get down to this! 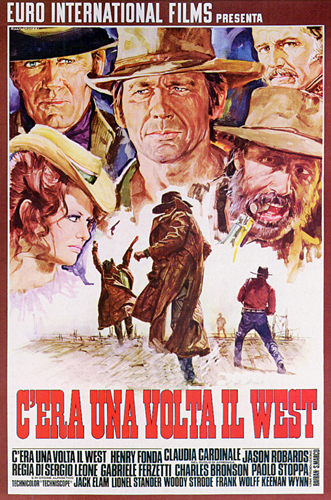 First of all Chris has finally remembered to bring me down his DVD of the Sergio Leone film 'Once Upon A Time In The West' for some research. Hmm, you may wonder, what does a Spaghetti Western have to do with H&H? And why that film in particular? Well, that would be [SPOILERS!] We have also been doing some more playing about with our camera, no, wait a moment before you click on that 'X' button just yet! This time it has been very import!

We are going out this Sunday night for some test shoots in costume to see how they come out in the night, and to see if we may need some other light source. This lead us in to wondering if we could possibly use the flash on the camera itself as a light, we even checked online to see if we could find a setting which would allow us to have the flash stay on during video capture. We did find some tutorial videos but, alas, we cannot use it that way. Oh, well. We even popped in to Janet Greens, the local camera shop,  but they didn’t have any advice or anything in stock that could help us even though they did use to stock video camera lights. So it looks like the test shoot will be a way to find out what we can do with this camera at night by itself and also with a bit of help from a certain everyday item that Chris has had an idea about too.

We have also been going over the script with a fine-tooth comb, sorting out some of the finer details of some of the character appearances. Deciding when and/or where certain characters will or will not appear, cutting some of the lines back (so we don't spoil some surprises) and blocking out some the early scenes, so when the other cast member are present we know what we want them to do and where. We even blocked out a dance sequence, yep, we have a DANCE SEQUENCE but that’s all I am going to say on that matter (Yep, you guessed it [SPOILERS] again). Well, that’s all for now folks.

That’s it from me this week, so I'll sign off by saying, "Nan noo nan noo!"