Greetings, Acting Fans! Welcome to the middle of the week! We hope all of you aren't feeling too blue about the change of season, we're a little blue ourselves this week as my shift pattern means I'm unavailable for filming and, even if I wasn't, H&H HQ is out-of-bounds for filming at the mo due to our sensitivity to housemates' privacy. Despite this we've managed to get together today at our home-away-from-home, Legacy Comics, to do a little shooting feasibility study there. Yes, we've been messing about with a blue lamp! 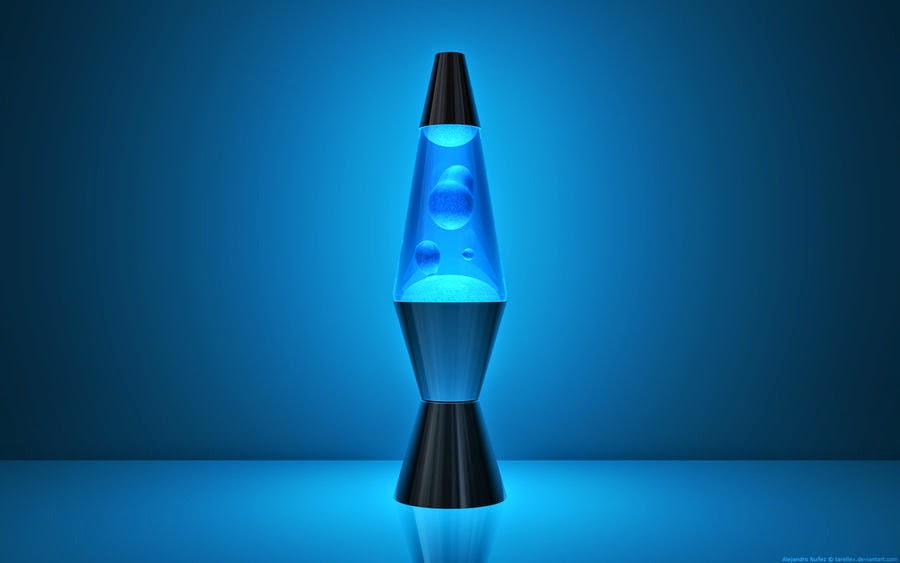 No, not a lava lamp like this one but it'll have to do as an illustration for now, as the real deal might give something of the game away! I can tell you though that it was a promising test and we may be able to sort out what we want to do with it a little more easily than we originally imagined, with a bit of luck and just a touch of elbow grease, of course.
We also talked the ears off our resident comic book dealer (poor Simon!) for a bit, which led to a possible modification of an earlier idea and a new, non-flat-centric idea for another Actor's Log but I'll leave the info about that to m'learned colleague's Friday update, you'll have to stay tuned!

Email ThisBlogThis!Share to TwitterShare to FacebookShare to Pinterest
Labels: Actors At Large, Blue Lamp, getting on with it, Groovy, HARCOURT and HAIGH, testing