Well, hello again, Acting Fans - it's blog Friday and we start today with a bit of Bad News. During the sorting of Wednesdays footage, something went awry with Vern's PC. Whilst sorting through shots strange bitmapping and mouse arrow trails occurred before a sudden total shutdown. Fortunately no footage was lost but, after getting a bit of expert help, it turns out that his 8-year-old 80GB hard disk had given up the ghost (in the Machine), it spins up no more, it is an Ex-Drive, it spins with the choirs celestial. 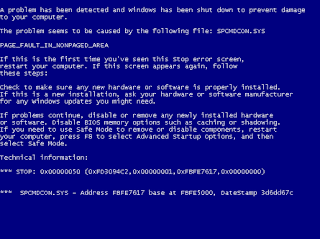 Vern's a good soldier though and wasn't about to let total disaster stop us, so he decided to stick to this week's shooting schedule. After a bit of a think I realised my old laptop might come in handy and it did. Although we couldn't review the footage on it due to the outdated OS, the computer allowed us to transfer it to my flash drive to get it home to the Editing Suite (AKA me bedroom). It has put us a little behind on the reviewing of the rushes but we have still managed to get most of the first episode filmed with todays shoot. Praise Shatner!
Today's shoot was once again back at H&H HQ AKA Vern's Flat and was, for the most part, Vern-centric. Though there was some call for my appearance, full costume wasn't required. Yep, I didn't even need my pants on for my segments. Er, I mean I didn't need my ACTING pants on, of course. I was wearing trousers, honest.
After wrapping the interior shots we broke for lunch. Having refueled we returned to the flat for the final exterior shots for Episode 1. Before shooting outside we remembered there was a single pick-up shot we needed of the interior first. Then that was that job done. Next week we'll be getting down to editing the episode and it'll be 2 down, 4 to go! Woo!
Fings crossed Acting Fans the series could be here sooner than you think, stay tuned and...