Inaction But Still In Action

Hello, Acting Fans, here we are with the lastest what-what on exactly what has been occurring in the world of H&H Productions. Bad news, everybody, we were counting on filming this week but at the moment our handy cameramanperson is unfortunately unavailable so we will be doing some more rehearsing as this episode really, really needs it. We will also be taking the filming downtime to finishing off some prop builds for the show. (One of which has been in the process of being built for a while now but the door was afar, yes, I said 'afar'.) 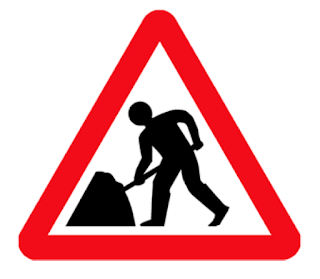 Then we have the West Yorkshire Premiere of the Pilot Episode, an especially vacced-but-not-Red Carpet event for friends and family at the weekend as they have put up with me and Chris going on and on and on (and on) about it for ages now (and in my Flatmates' case they've even had to put up with me using our home as a main set). For nigh on, well, about two-ish years I think it is by now. Time to let them see exactly what we've been up to.

We will see you on and Friday and we maybe might just tell you about this thing-what-we-are-building that has taken an age to make.