Hello, Acting Fans, and welcome to the H&H Productions regular Friday update. Chris here, whilst we've been in the midst of editing the first two episodes of the series and during preparation for the upcoming next phase of shooting Vern, Co-creator, Co-star & Big Tease, has been taking on the brunt of the bloggination duties as I slaved away at the editing desk (alright, me Compy) so he's earned himself a bit of a break, a break he's on right now in fact.

As I write Vernon is accompanying his lovely lady, Josie, on a weekend break to the Big Smoke. That's right - he's headed waaay Darn Sarf to our post-Olympic capital however, just like Inspector Gadget, our Collossal Acting Talent is 'always on duty' - he'll be keeping his eye on the prize and checking out the competition by taking in a performance of 'Rock Of Ages' to see exactly what those West End Thesps are made of. He'll be the judge of whether or not they can truly 'Rock'. 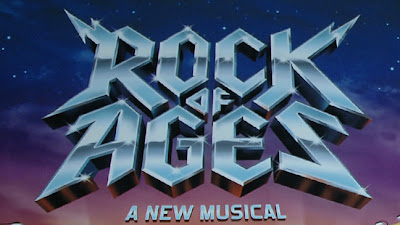 As for this week's endeavors well due to our work schedules this week, and a touch of bad weather Tuesday (boy, those Heavens sure did open), we haven't shot anything more than Vern's 'Dave' footage and, of course, kept up with our line-learning. Besides that the only other eventful happening in production this week is that I found a toy from my childhood which we'd been planning to buy an updated version of for use in one of the upcoming episode shoots, as usual it turned up when I was looking for something else entirely!
That's about it for this week, ah, well, there is one more thing that got done this week...


That's right, folks, as the Big Tease himself teased in this Wednesdays post, we're about to air the first episode of Series 1 and, you read it right, it'll be going live a week today! (Brief side note: I'd like to say a big thanks to Matt Austin of Austin Brothers Films for pointing me in the right direction for a decent sound effect for this teaser.)
As I'm sure Vern would write at about this point, Boy, We sure do spoil you lot!

So be sure to tune in next week for our regular Wednesday update and then be prepared to feast your eyes on our Brand New Episode. Do try not to get too excited in the meantime, go on, make yourself a nice calming cup of tea and then have a good sit down to steady yourself, there's good chaps and chapesses.