No, no, no. Not those guys - it's US, Acting fans! Your favourite Celtaevallian Thespians! We've been at it again, with noses to the monitor screen and fingers to the mouse button. This Tuesday gone we've rocketed through the footage of the re-shot flat scenes and, boy, do I mean rocketed.
Now we're much happier with the results this time and, despite losing some footage to unfortunate technical issues with one of our DV tapes, we have enough decent coverage to edit the Flat scene as we envisaged, barring a minor re-shoot of the Interior and Exterior establishing shots of the Harcourt & Haigh residence that is. 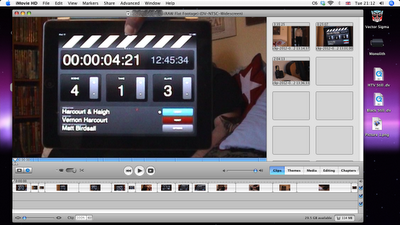 Thanks to some initial prepping of the footage at our last editing session, we got this one down around the 5 hour mark (not including a brief stop off once again for pizza and a cuppa), we were done at a quarter to four! Go us!
Now we have the intro, titles, Act 1(minus Scene 2), Act 2 and Act 3 edited with only the addition of the Act 1 Scene 2 footage, the credits and [REDACTED FOR SPOILERS] to go. Once we have them in place it's time for some additional ADR and...OMG! Then the Pilot is DONE!?! 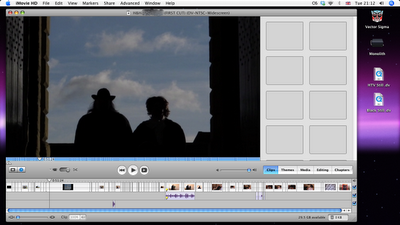 Of course, that's not the end of it. Then it's on to the next episodes, where we're hoping to get the turnaround between shooting and editing streamlined, fings crossed. While speaking of 'Things to Come' my learned colleague, Mr. Vernon Harcourt, esq., reminds me that there is something else to say on the matter. He wants me to tell you that the Countdown starts this Friday. To what? That would be telling. Now I get to play the tease for once (Thanks, Vern)!