Good News, Acting fans!  As a jobbing actor (well, trying *Chris's note: Vern can be a REALLY Trying actor*) I have managed to get a part in the upcoming Studio Group at the Actors Workshop production. What play is it, and whom do I play I hear you ask?

Well in 1962 American counter-cultural icon Ken Kesey brought out a book inspired by his time working the graveyard shift as an orderly at a mental health facility, a powerful and moving critique of the power structures of modern society. 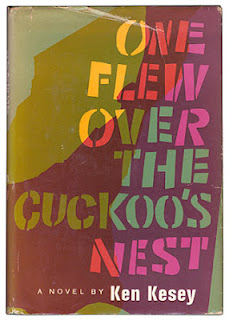 Yes, I'm appearing in 'One Flew Over the Cuckoo's Nest, though in a touching gesture to the careers of other young up-and-coming actors I shan't be playing Randle P. McMurphy, I am in fact lending the support of my colossal acting talent by playing the pivotal role of "Chief" Bromden, a part I have performed once before about 14 years ago.


And it’s been about 10 years since I have been in the theatre.*Gulp*

So how will this effect Harcourt and Haigh? Well, not much actually as the rehearsals are at night but we'll be having fun with it soon in H&H. Yep, [SPOILERS].
The performances will be in May and the actual dates are TBC, fret not - we'll keep you posted, Acting fans.

P.S. - This is still not the Big Thing, that remains yet yet to come.