Greetings on a Not-so Happy Humpday, Acting Fans, we may have our latest Actor's Log up (& just in time, too) but there is still a sense of loss as this weekend we had to say goodbye to an acting hero. 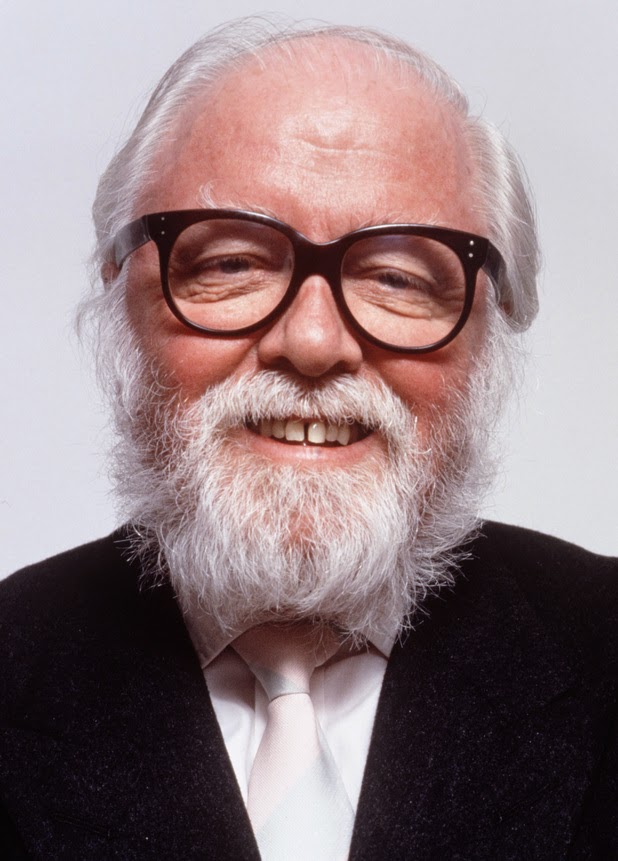 We here at H&H productions remember Lord Attenborough not just for the blighted counterfeiter from 'The Great Escape' on many a hazy Bank Holiday Monday and his grandfatherly take on John Hammond in 'Jurassic Park' but also a plethora of brilliant performances stretchng all the way back his breakout turn as the psychopathic Pinkie in 'Brighton Rock',  his cowed and cowardly Billy Savage in 'Seance On A Wet Afternoon', his humourous and human take on RSM Lauderdale in 'Guns At Batasi' as well as his turn as the whippersnapper of the group in one of H&H Productions favourite features 'The League of Gentlemen'. No, not them! THIS one:

An apt demonstration of his ability to work with others that would serve him well as he took the director's chair behind the camera. The silver screen shines a little duller this week but we have these wonderful films to remember him by. Our condolences to his family and friends.
Goodnight, Dickie, don't forget to take your bow.