I Do It To Myself

Though sometimes I get a little help.

Greetings, Acting Fans, another late missive on the H&H production blog from a tired co-creator and, frankly, spent editor. You see, despite me spending all of my only full day off this week editing the next part of our extra special seasonal vlog, m'learned colleague was kind enough to remind me it was MY turn to blog today. So nice of him to volunteer. Volunteer the information, that is. Thank you so very much, Vernon.
Yet I can't hold too much of a grudge against my fellow actor at large as ultimately it's my own fault. Yes, it was me who, whilst showering, suddenly had the phrase 'A cartridge and a late fee' pop into my head whilst musing on the upcoming season of good cheer. Bah, humbug. After staring at an all-too-blank blog screen wondering exactly what to write, I have fallen back on that old adage write what you know and this is it. 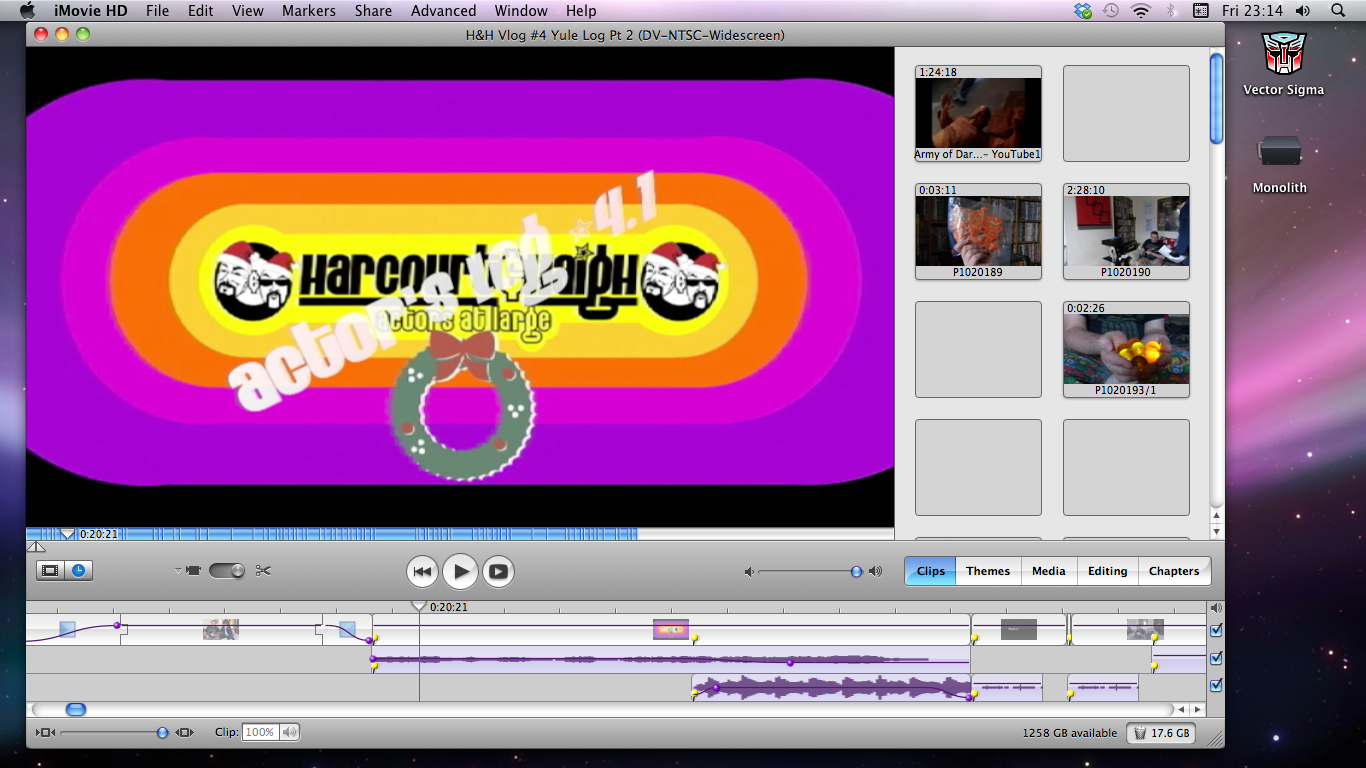 I know the first part came together all too easily. This part, not so much. To be honest, I'm thankful for some of the tricks I've learned in the progress of H&H otherwise Thursdays travails would have taken so much longer. After a day of wrestling with both shots and doubts I got a first cut done in time to run it past my colleague with some time for me to do more editing if necessary. Happen a good job too as on our mutual viewing it soon became apparent that, despite my rather ruthless approach to cutting, the first cut still needed more ruths removing from it. Back to the editing suite went I and, if I say so myself, did a great job of cutting it down to the quick. Showing no mercy, I got Part 2 down from an unwieldy 8.17 minutes to a sleek, sexy 6.29 minutes and done in one day - all it took me was a skipped lunch and innumerable cups of tea.
That's right, Acting Fans, the task was completed - so keep your beady little eyes peeled this Monday for Vlog#4 Part 2! That's all from H&H Productions and me this week - I'm off to write a letter to Father Christmas to ask him for a decent computer and editing software. No , not for me. For Vern, that'd be a great gift for me.