Welcome back, Acting Fans and Fellow Bloggers, and a belated Happy New Year to you all - are you ready for more Harcourt & Haigh shenanigans? 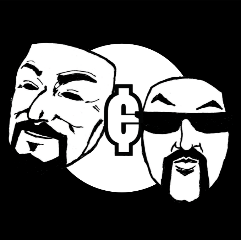 First of all a, for those of you who came in late (& a reminder for those with poor memory skills), we are H&H Productions the producers of 'Harcourt & Haigh: Actors at Large', a web-based free-to-air comedy show on YouTube. We consist of Vernon Harcourt & Christopher Haigh the West Yorkshire based Actors/Writers/Whatevers and the brains, bodies and other associated limbs behind the series. This is our production blog on the progress of the series thus far. We are also have a fan page on Facebook and a Tumblr page as well.

Chris and I both write, star, film and edit the episodes, we are a Low-to-No budget production. We've managed to recruit a small rotating crew that help us out (Thanks, you guys!) as and when they are able to. So far we have 5 episodes live at this very moment on our YouTube channel. There are also a few trailers we have shot for the series up there (a couple of which are short skits themselves) and a pilot episode (you can see the joins a bit), there is a link on this Blog (just below, in fact) to Series 1 so far so feel free click (and catch up if you're not already exposed to our felonious thespians). I do hope you enjoy the series as much as we have enjoyed making it.
Filming itself is on hiatus right now, that is we're taking a pause to marshal our forces (we need plenty of bodies for the series 1 finale) and also because the winter weather has moved in and has made it a little too inclement to shoot outdoors. Expect regular updates on our behind the scenes progress.

Oh, and as we don’t want to leave the YouTube channel without something new going up during filming hiatus, we have a welcome back present video to post this Weekend - so  tune in to see what it is this Friday!

Until then it’s good bye from him and goodbye from me,