Falling Off & Getting Back On The Horse

Welcome back, Acting Fans, fellow bloggers and Peoples of the Internets! Yes, its Friday so it's time for our embloggening. Or rather it's past time for our embloggening, yes, as some of you might very well have noticed there wasn't a blog post on Wednesday as, well, we're still getting back into the swing of things and well we just forgot about it. Whoops, sorry. I mean we are only two humans and we can sometimes makes mistakes.

Though we did indeed forget all about the blog, while Chris was having a clear-out (instead of blogging) he did come across an odd little item. Yep, he found a Pre-Harcourt & Haigh in an old Dandy comic from his youth called Ham and Egghead, about two kids who after watching some detectives shows decide they'll be detectives of course hijinks ensue. And I have to agree they do indeed look very much like a young H&H (well, in sorta kinda way). See for yourselves... 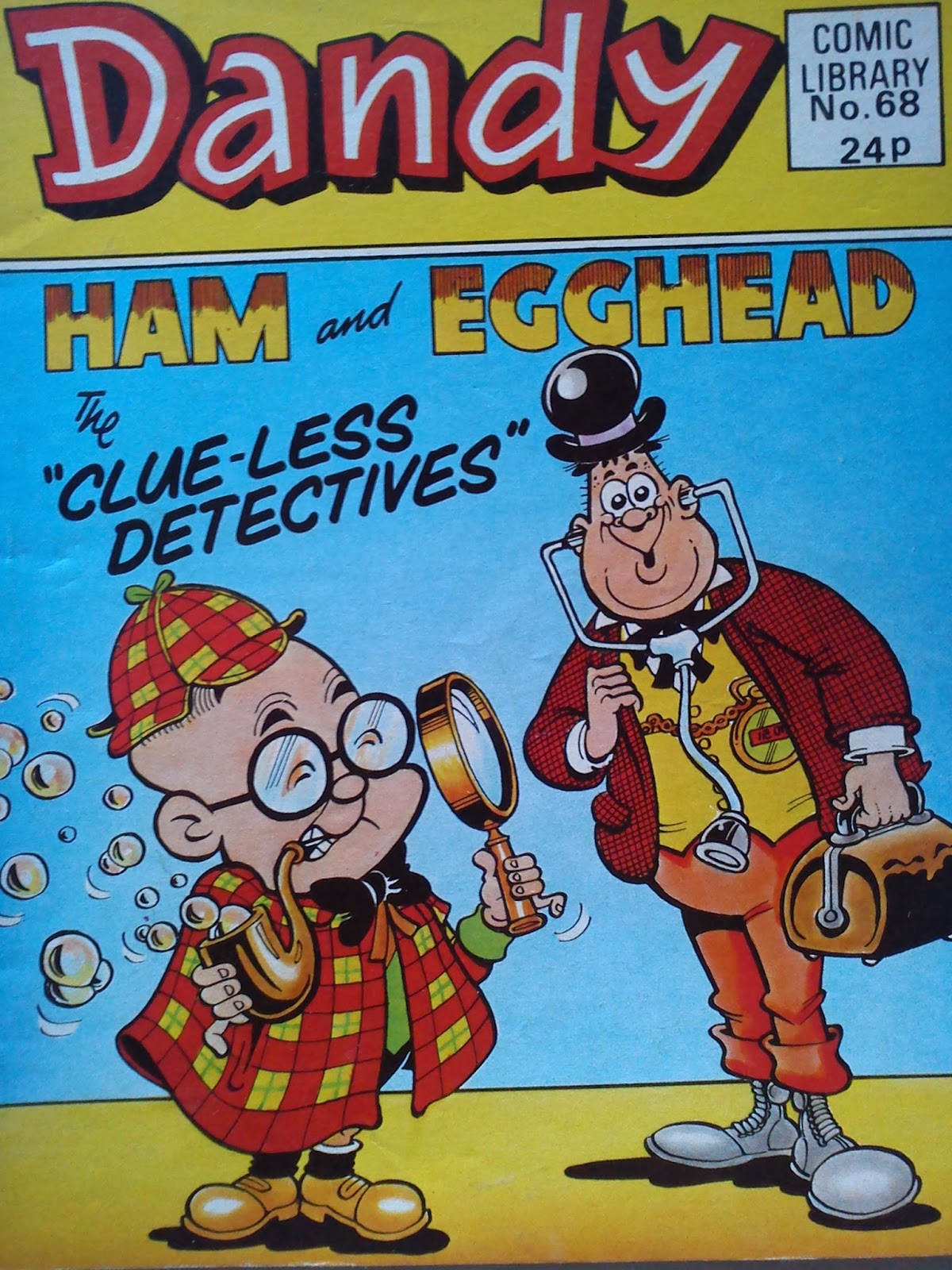 Forget what we forgot to do though, let's get back to what we HAVE been up to since we last spoke, well, we haven't been totally on our laurels (or Hardy's either)! We have written the next Vlog script (Some do indeed get written, it's not all seat-of-the-pants y'know) and me & Chris met up H&H HQ to have a line run and did a bit a re-writing as sometimes not all of the dialogue can flow right on the first draft of it, what reads right doesn't always sound it out loud. We also have penciled in a shoot date for it too and, Shatner Willing (he's like a god to us) maybe even a second Vlog post too! But, sshh! I can't really say much more about that. We also got on to discussing the episode 6 of series one. Don't worry it's still coming, we are going to be looking in to start filming that as soon as we can.

And that's all for now acting chums

Posted by Vernon Harcourt at 3:40 PM

Email ThisBlogThis!Share to TwitterShare to FacebookShare to Pinterest
Labels: Actors At Large, Adrian, Arthur, Comedy, Conception, Construction, getting on with it, Haigh, Harcourt, HARCOURT and HAIGH, In Production, Oops! Apologies